Someone once told me that there are people who can jump out of bed and right into rational thought. But they told me about these so called “people” early in the morning and I was unable to determine over the course of the conversation  if this is in fact true or just some fairy tale to further confuse those of us who have an extra hard time in the morning.

Today my foolish morning brain said, “Self you don’t want to wear your good jeans*, put on those old holey ones instead.” Had my afternoon brain been available it would have replied, “Dude, what are you nuts! I’m going bird hunting on the edges of a marshy mess known for it’s terribly thick cover that I will no doubt want to dive into because that’s where everyone else will have chased the birds to. Lets put on the good jeans*!”

I wore the jeans with no knees.

Hours later I was doing my best human bulldozer impression. Having already become fed up with the terribly thick cover catching my hat, whistle, shock collar remote, game vest, sunglasses, shirt, neck, face and bare knees I was now pushing backwards, through the forest of ten foot tall, dried out plants. Each time I stepped back I would feel the tug of the 3/4 inch round stems, as their 60 grit sandpaper coating caught on my game vest and then I’d watch at my feet as they pulled out of the ground, each connected to a four inch plug of mud. Sometimes I’d get lucky and they’d snap off and stab me, occasionally I would tangle my feet and slowly, supported on all sides by the forest of stalks, sink to the ground in an undignified, swearing heap. 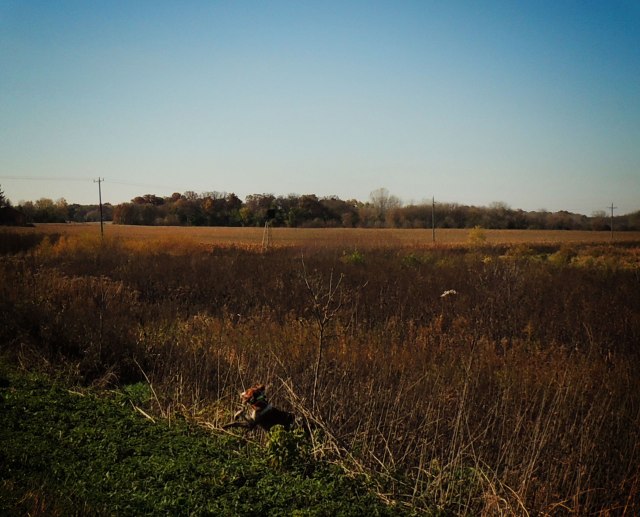 Today was my first bird hunt of the year and I feel the dogs, the gun and I have left ourselves wide open for improvement. The dogs- will not wander off in the midst of a horrid forest of sandpaper stalks. The gun – will stay in one piece when I shoot it. And I –  I will find my hunting clothes the night before.

* “Good” in this case has nothing to do with fit, wear or stains, only the absence of very large holes. 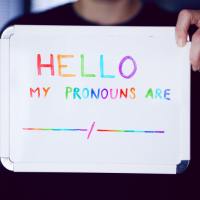 Island camping is the best.
You can’t even see the redneck rigging job of my new deck lights in the dark. #summernights
I spy with my little eye…. #legos
Dog days of summer. #dogwoodbrittanys #brittanyspaniel #wisconsinsummer
Still life in sickness.
#yum