I love going to the zoo.

The child in my heart loves the pure fun of seeing the animals.

The parent in me loves to see the wonder in my own children’s eyes. 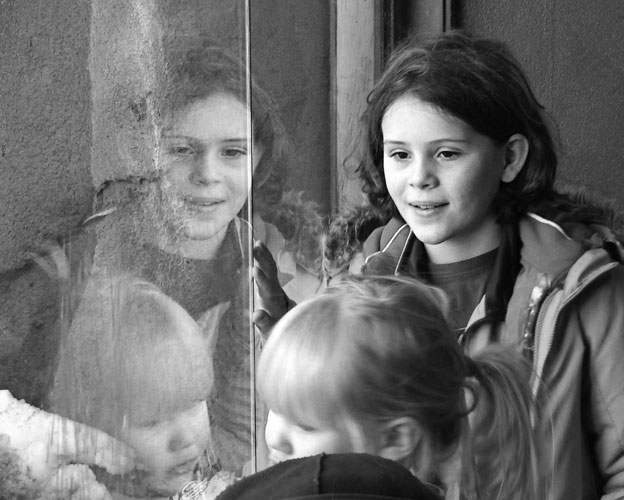 The former raptor educator in me firmly believes that people have to see and experience an animal to care enough to really learn about it.

And the eavesdropping busybody in me loves to be appalled at the misinformation other parents bestow on their children.

It baffles me that people guess at the name of the animal before them when the enclosures are covered with signage. I cringe to hear a mother shout to her son that the caribou are moose.

But the biggest overheard misnomer was at the iguana enclosure.

A mother standing next to me was trying very hard to point out a snake that was in with the iguana. Her kids were looking but they couldn’t see it. I looked and didn’t see it. Then I looked at the signs (because that’s what I do at a zoo – read the signs) and didn’t see anything that said there was a snake in there.  So I moved on, following my own kids. John however had a hunch. He stayed. He looked. He peered. He read signs. He listened to her describe the snake’s position in detail. It was confirmed. The mother was trying hard to show her children “snakes” of iguana poop.

Go to the zoo, bring a child, look at the wonder in their eyes, teach them something new.

It’s OK, you don’t need to worry about me, I’ll still love the zoo for all it’s fun, and wonder and education.  It’ll be fine if you read the signs first.