I, like every other mother out there, on occasion, make questionable parenting decisions.

This year, for the first time in many years, we raised broiler chickens. Big, fat, white chickens that eat a ridiculous amount and are ready to put in the freezer in just nine weeks. This last weekend, the nine weeks were up. 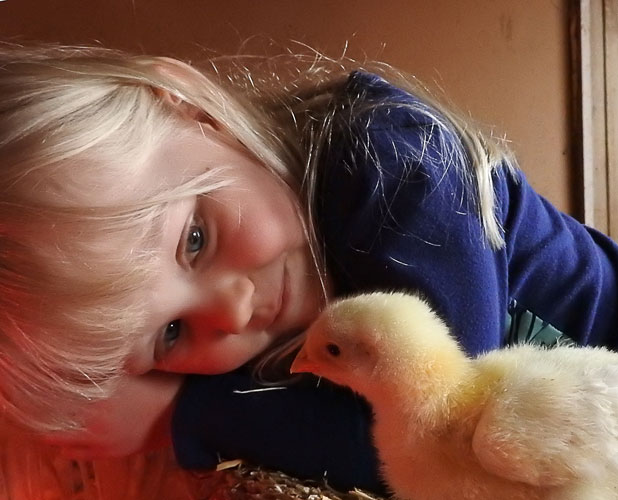 “You guys are butchering 45 chickens on Sunday?!? What are you doing with the kids?”

The answer, the many times I was asked, was always nothing. They’d be home, able to be in the middle of the action or in the house, which ever they wanted.

It wasn’t the answer most people were expecting. 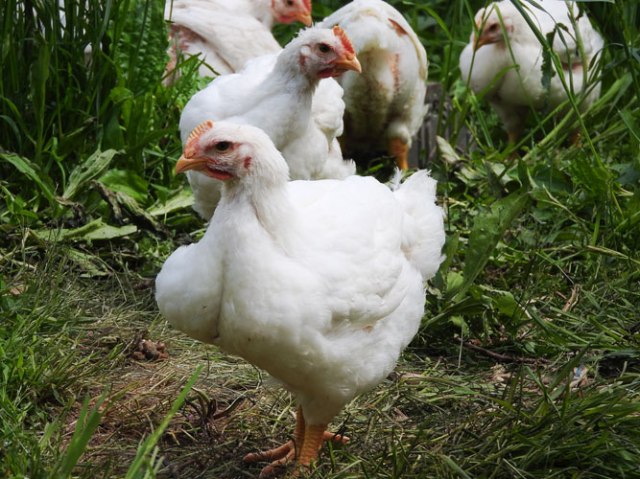 Now, to be fair, I’m sure half of the people who asked that question know the difficulties involved in trying to get any task done with three kids on hand, and it’s true, many times when we do big projects we find friends for them to play with or grandma’s to visit.

The other half have probably never been a part of butchering chickens or if they have didn’t have kids hanging around at the same time.

But we have always felt that this is a thing the girls should be involved in so we kept them home and they were still sleeping when we got up to start the process.

All three trickled outside still in pajamas to check out what was happening.  And while they left from time to time they spent most of the morning with us.

Jane, the girl who was very concerned that we were going to eat those cute little chicks the day we brought them home, helped John with the beheading by saying a nice goodbye to a few. She was more at ease with it than many adults I know would have been. 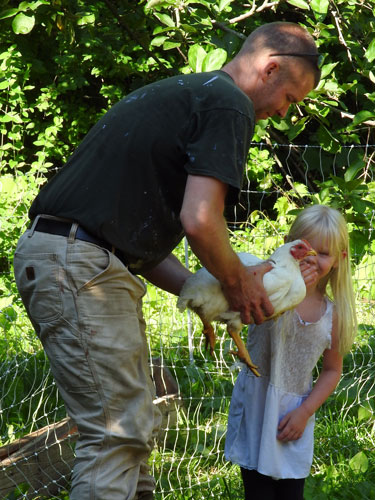 Clara got a lesson on how to gut a chicken from her grandma and did the last bird all by herself. She’s six. She’s pretty much amazing.

And while Ivy wasn’t as interested in being hands-on, she listened with rapt attention to the anatomy lesson grandma and Great Gramps gave her and now can identify all the internal organs of a chicken, and knows what they all do. I’m sure she does because they quizzed her and I heard her pass with flying colors. 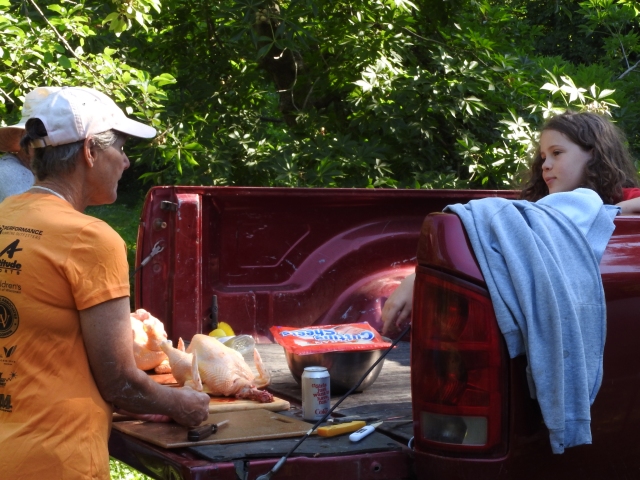 Jane is excited for her Dad to grill her a chicken to eat. Clara is, rightfully, proud of her gutting experience. And Ivy, when asked, cheerfully told me all about how the gizzard is her favorite organ because you can cut it open, it looks pretty and it’s neat. 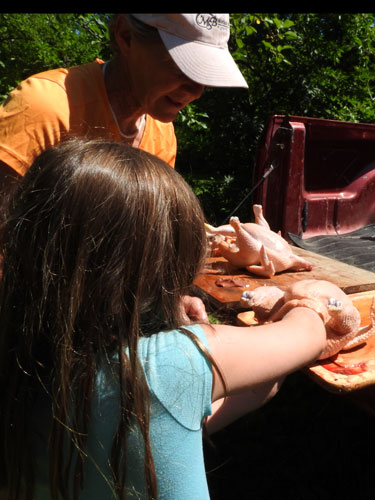 I, like all the other parents out there, make plenty of questionable parenting decisions. But I’m confident that this wasn’t one of them.

20 comments on “A Questionable Decision”

There was an error retrieving images from Instagram. An attempt will be remade in a few minutes.