Once Upon A Time…

A big brown truck drove up the hill to a little grey house. The mother of the house met the truck at the top of the driveway.

The giant box of school supplies was set on the table where three young girls tore into it like wild animals leaving behind a wake of Kleenex boxes and discarded wrappers surrounded by a fog of “No, put it in your backpack!”, “Wait, you need all your things!” and “Pick that up!!!”

Disappointed and disillusioned the mother forgot all about the giant box but the girls took that box and  transformed it into the best play house ever. 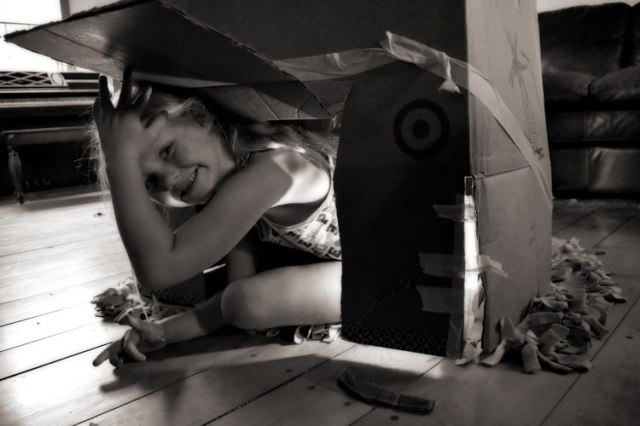 Where they played happily ever after…

(Or until the father decides enough is enough and the playhouse is discarded while they wail in harmony, “But I still like it!”)

2 comments on “The Delivery”