Today’s contribution to The April Squares challenge hosted by The Life of B.

Clara loves pigeons. I think her pigeon love may have started with a young barn pigeon she tried (and sadly failed) to rescue a few years ago. Since then she has successfully raised multiple pigeons by hand. Young or sick pigeons have accompanied us on family vacations and at least half the time she has a pigeon living in her room with her for reasons that we at least tell her Dad are quite valid.

Last fall, for her birthday, we wanted to get her some more pigeons. Plans were made, pigeons were promised, housing was constructed and six long months (for a ten year old) later, we made it to the big day.

Today Clara brought home a flock of pigeons that needed a new home and new person to love them.

Clara is truly on top of the world today!

And the pigeons are settling into their new home nicely too!

That last picture (the square one of course) is my contribution to today’s April Square’s challenge, theme “top” hosted by The Life of B.

Clara has the best questions… 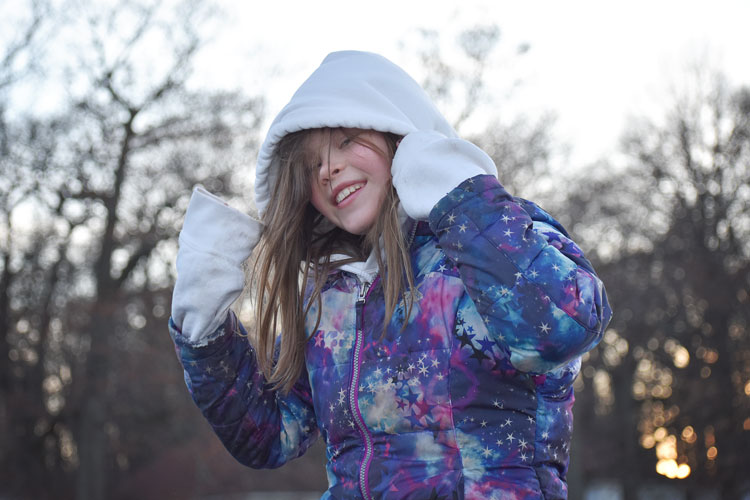 Clara: “What do you think I like better, pigeons or elephants?”
Me: “Pigeons.” 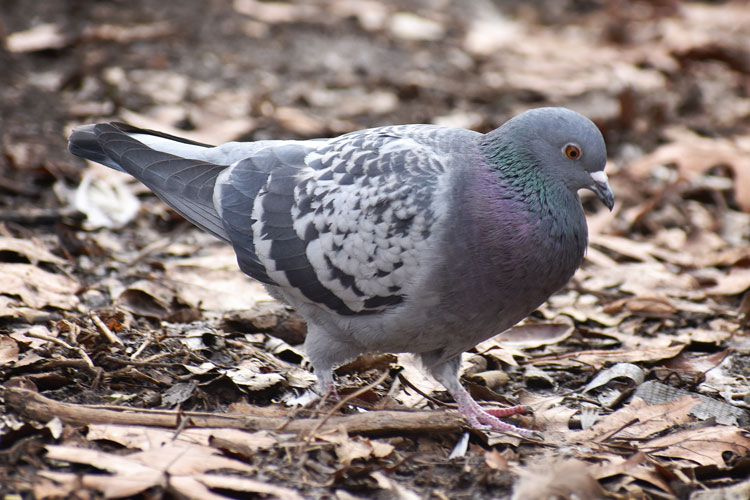 … and the best answers. 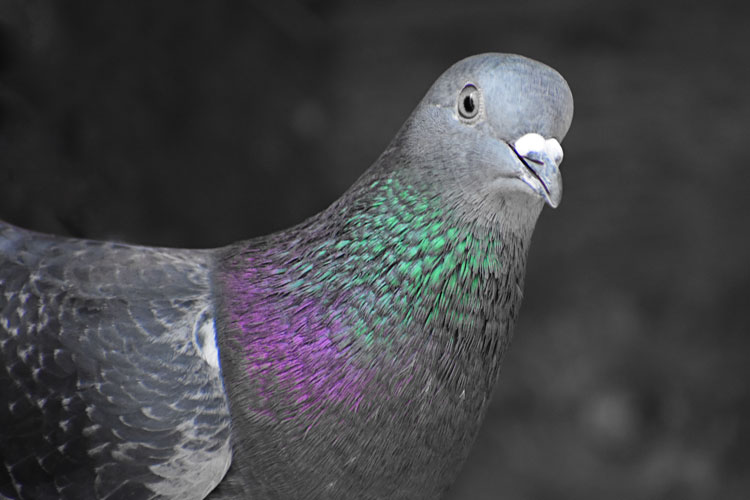 This is Smoke. He let me take pictures of his iridescent feathers for a long time while I figured out my selective color camera settings.

John had no idea he had purple and green feathers. He’s color blind. He says his “world is drab.”

Smoke on the other hand can see things in the Ultra Violet spectrum. And he’s turning into a bit of ham for the camera.

Pigeons- cooler than you think.

You can try and argue with me on this one but be warned, I have 3,456 more pictures of pigeons and I will use them!

Months ago Ivy came home bubbling over with excitement about the upcoming science fair. She deliberated long on what her experiment would entail and settled on growing pea plants.

Perfect, I said, we have a greenhouse!

Ivy planted three pots of peas, and planned to water them with orange juice, blue water and regular water respectively. Liquids were carefully measured, growth and changes were noted and things were going swimmingly.

Months ago Clara fell in love with pigeons and started hand raising babies.  Despite a number of setbacks the number of baby pigeons in our house rose while the temperature outside plummeted.

No problem, I said, we have a greenhouse!

Clara moved her four pigeons to the greenhouse where they happily flew around while she did crafts on the floor spending time with them. All five of them made a tremendous mess of everything and they were all exceedingly happy if a bit of a disaster.

One day, Janurary 23rd to be exact, Ivy came to me in tears. “The pigeons at my peas!”  Sure enough. All those healthy looking peas that seemed to love their blue food coloring enhanced water, as well as the control pot of peas were eaten down to nothing. The moldy orange juice dirt was untouched and the pigeons looked not even a tiny bit remorseful. 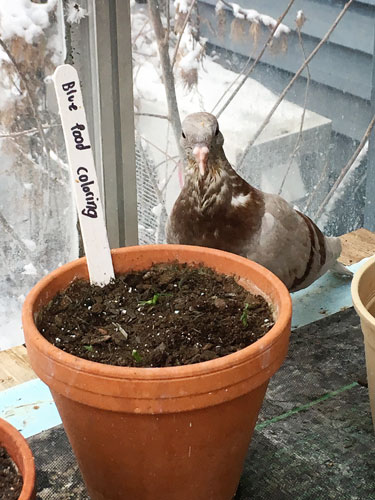 It’s okay, I told Ivy. I’m a biologist (as a mother, stretching the truth is a requirement of the job, alright?). This is just how science goes. Write down what happened, call it an unexpected variable, document the pigeon problem and it’ll all be fine.

Last week the pigeons, due to more set backs, (but the story of how Frosty was re-named Toasty is for another day), were still flying around the greenhouse when Ivy proudly took her trusty tri-fold board complete with pictures of pea plants and pigeons off to the science fair.

This week she came home beaming- turns out that with proper documentation even pigeons can’t ruin a good science fair project.

That’s a fifth place ribbon behind her and she’s even still friends with the pigeons!

If you are going to hang out with pigeons…

…you may accidently run errands with pigeon poop on your shoulder.

Jane and I kayaked downtown for breakfast treats this morning. Turns out Jane is really more of a floater than a paddler so they were more like brunch treats but still a great morning adventure! #kayaking #lakelife
I went home for the summer. Then I wrote a blog post about it!
I suppose when visiting family I haven’t seen in months I should have taken a picture of them. But nope, not a single picture of any of them. I do however have this tiny little fawn to share with you. #idontpeoplephotowell#fawn #whitetailedfawn
Spring storm.
Spring sprung so hard it feels like summer! #crabappleblossoms
Dead bugs