I spent the first portion of my life avoiding talking to almost everyone.

Painfully shy, I avoided talking to almost everyone. Answering a question in class would bring on tears and mute panic. I tried to get away with saying as little as possible, which would end up coming out as quietly as possible to anyone outside my small circle of family and friends.

Now many years, kids and one husband later I have gotten over it.

I can make small talk with the checkout lady at the grocery store, call up stores to ask dumb questions, and talk to other mothers at the park. These may not be things I love doing, and I doubt I will ever be able to talk to a group without my face doing it’s best tomato impression, but for the most part things are fine.

Until I run into one of those people.

The ones who watch and listen attentively but say almost nothing.

Suddenly my confident, chatty, grown up persona disintegrates into remnants of my shy childhood. Yet, unlike my reaction as a kid, I instead start to babble. I talk, and then I talk more, and then I realize what I am doing and I try to stop but it just.. keeps… going… Meanwhile the poor soul I’m talking to starts to get a deer in the headlights look, which only makes my reaction worse. I try to stop and let them say something and when they don’t my hands get involved and I start gesticulating.  The babbling starts veering off topic, my face turns red and it all ends in an embarrassed flurry as I try to literally remove myself from the situation.

There are a handful of people that I run into semi regularly that I know have this affect on me. One of whom is my quiet, retiring dairy farmer neighbor. I’m quite certain the first time “we” talked, I stunned him back into his silent, friendly wave for the next three years with my outpouring of blabber.

Then there are others, the really sneaky ones whom I’m convinced know just what they are doing. They watch and laugh behind their eyes as I talk on, sounding more and more like a lunatic, until I desperately wrap up the entire conversation and run.

I know who you are.

I know what your doing.

I can see the laughter in your eyes.

Unfortunately I can’t seem to stop myself.

Originally written (over two years ago) in response to an episode of Prompts for the Promptless. Turns out I’m so promptless I can’t even follow a promptless prompt in a prompt manner. Thanks Rara (and Dave too) for the inspiration, sorry it’s a bit late! 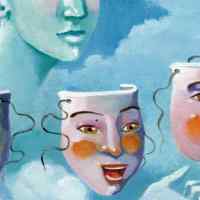 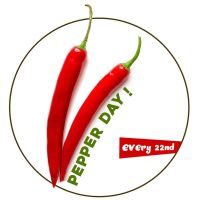 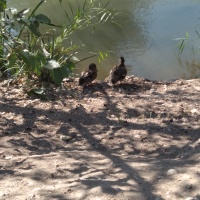 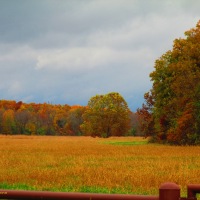 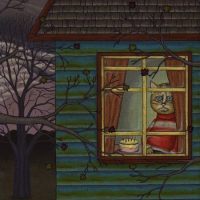 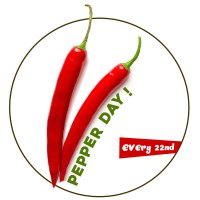