If you give a kid a tape measure she’ll want to measure the chickens.

When the chickens won’t hold still she’ll decide to measure her boot instead.

When she is measuring her boot by the flowers you might ask her to pose in front of them.

Being asked to hold still will remind her that there are flowers to be picked.

After she picks a flower she’ll need to swing it around crazily hitting herself in the face. 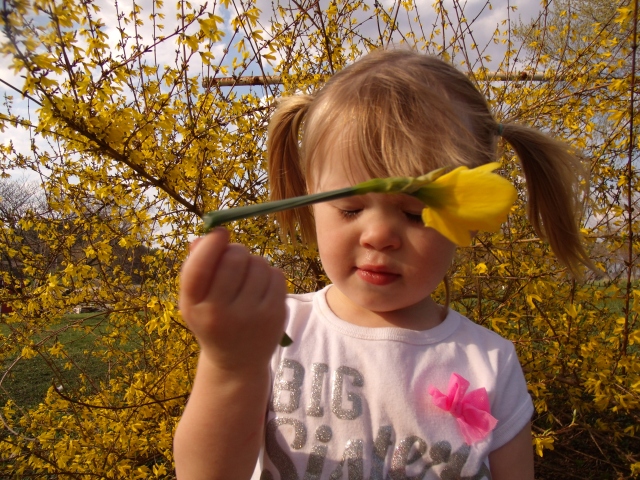 When she is done mangling the flower she’ll want to give it to you.

It’s possible that then her older sister will come home and when she finds the tape measure again it’ll be all fighting and tears between the two of them until you take it away.

3 comments on “If You Give A Kid A Tape Measure…”