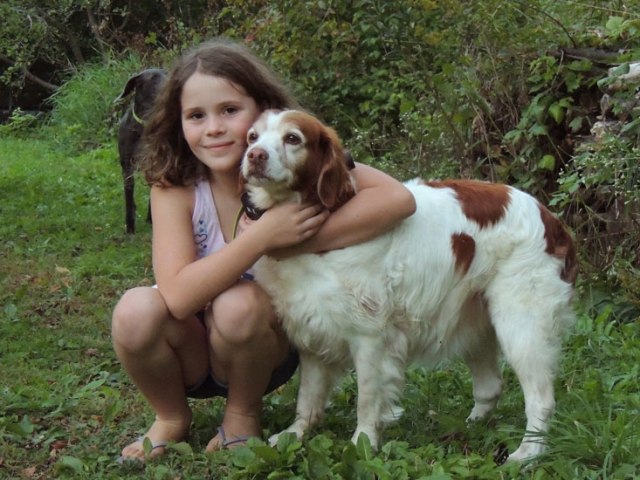 Most of you probably dog sit one dog at a time, perhaps two. 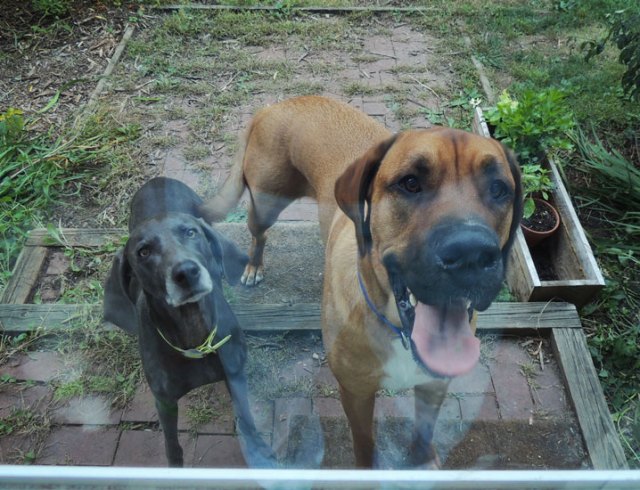 I’ve got three extras. With Digby in the mix I suspect we are talking at least 200 extra pounds of dog.

And, for the most part, adding three dogs to our house with it’s fenced in yard, extra land to run on and dog proof basement for muddy dogs to dry their feet in, is no big deal.

I tried to get a picture of all five running…

It’s true that there is no longer any room for humans on the couches, that it would be unwise to drop any food related item you’d like back (Yes, I’m talking forks, napkins and donuts here) and letting dogs in and out of the house could be considered my new full time job, but in general, we’ve got a good dog house.

Our house has gone to the dogs! #dogsofinstagram #dogsitting

The issue with adding dogs to the household is the excitement factor.

Two dogs get excited in the house and you roll your eyes and kick them out the backdoor to play. Five dogs get excited and you wonder why the National Weather Service didn’t announce the tornado that has just so obviously hit the place as you wade to the door, feet getting trampled and try to make sense of it all.

For a not so hypothetical example, let’s say one dog looks through the window on the door and sees the neighbors’ cat calmly sitting on the sidewalk. The one dog does nothing more than what amounts to a giant doggy intake of breath before you are on top of the situation, closing the door and squashing the dog’s enthusiasm. But it’s too late, the house full of dog has already exploded with excitement. (The cat, of course, just sits there watching and listening because cats are a bit jerky like that.)

This is all very dramatic and annoying.

But when told they are being silly by the human in charge, (that’d be me) it doesn’t take long for everyone (and yes, by everyone I mean the dogs) to settle back into their spots and chill out again. 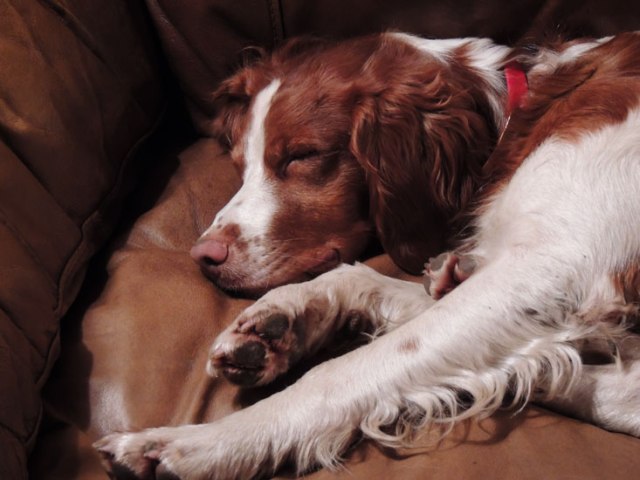 However what I discovered is that it is really, truly terrible if you excite a pack of dogs in the middle of the night.

At three AM I woke screaming from a nightmare and the dogs responded in kind.

I was the only adult in the house and I was a completely confused, adrenaline filled, scared witless for no apparent reason adult. Which is normal for waking up from a scream inducing nightmare, but not the best mindset for quieting a pack of dogs in the middle of the night. 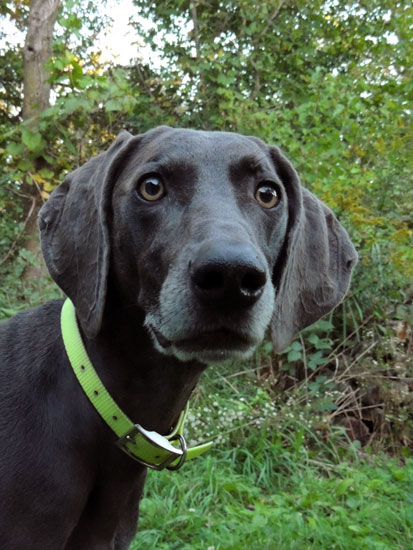 It took me three laps around the house to even realize what end was up and why all the ruckus was happening. And then I just went back to bed – because it was three AM. But a pack of excited dogs doesn’t just, “go back to bed.” So for the next hour the dogs took turns standing guard over the house. I know this because for the next hour the dogs took turns “woofing” that soft menacing “woof” that precedes a pack of dogs going on high alert. And the house would once more erupt into a mess of barking, pacing dogs.

It was not a restful night.

On the plus side, I feel fairly secure saying that you might not want to mess with me -I’ve got the dogs on my side, and there’s a lot of them!

Can’t beat that fall blue! #nofilterneeded #fallinwisconsin
Picking dried beans with Clara when I noticed the color of the pumpkins popping against the dark sky. Moments later we were running for shelter as we heard the wind hit the trees and the rain started dumping down. Our dried beans are not yet what one would classify as… dry… #driedbeans #storm
#fall
19 years. Still my favorite. #happyanniversarytous
They are off! 5th, 7th & 10th. And it turns out you can get a brief smile from clara on the first day of school… right after she bonks her sister in the head. #firstdayofschool #obligatoryphoto
Happy birthday Honey! 😘