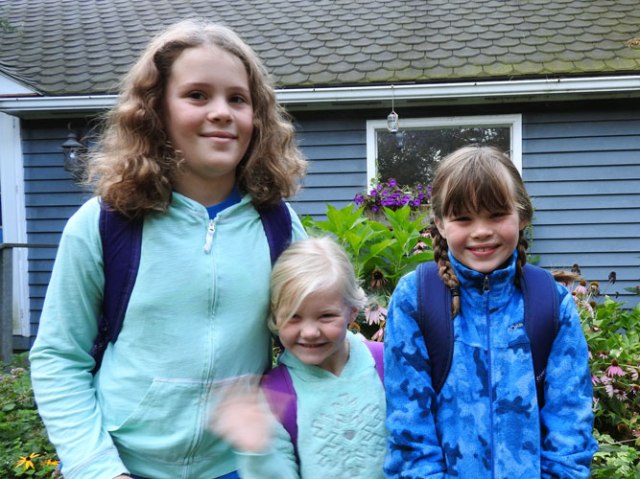 Does Ivy look like the one who was up and dressed and ready? Excitedly talking to Jane all morning about how fabulous school is. Impatient for us to hurry up and get there already. Last week she told us, “The first day of school, to me, is like a holiday.” (I’m not actually sure she’s not some sort of alien robot because none of this behavior sounds like something a daughter of mine would do.)

Does Clara look like she spent the morning in virtual silence? She spent all evening crying at the thought of another school year and left this morning as if I was marching her off to a firing squad rather than a new school year.  (This one is for sure my kid.)

Does Jane look like the bundle of nervous energy she was? Torn between her older sisters’ enthusiasm and dread, she didn’t know what to think.  (I sympathize with Clara too much, I tried not to chime in.)

Can you tell that I’m holding the camera looking forward to seven hours of being able to pee without anyone asking me a question? 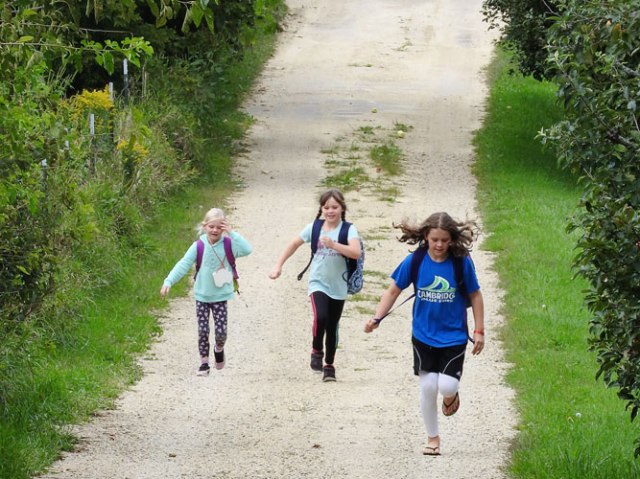 Does it look like Ivy was just as enthusiastic about school as when she left in the morning?

Does it look like Clara is dreading tomorrow just as much as she dreaded today?

Does it look like Jane and Clara were about to release their pent up energy, tiredness and frustration by picking on each other until they both cried, making up and then repeating until bedtime?

Can you tell that between the preparation, the drama, the fighting and the essay homework that I was assigned, that I felt like I paid for every solo bathroom trip?

Can you tell that it was still worth it?