It has always been my opinion that Grandma Elma was the center of our family’s universe, though she would hate it if you pointed that out. She wouldn’t want anyone to make a fuss. Now, I am only one of her 15 grandchildren, not to mention the 15 great-grandchildren, 8 children and all their associated persons, so my views are not the definitive ones.  But I have watched our family swirl around her kitchen and her smiling face for my whole life. 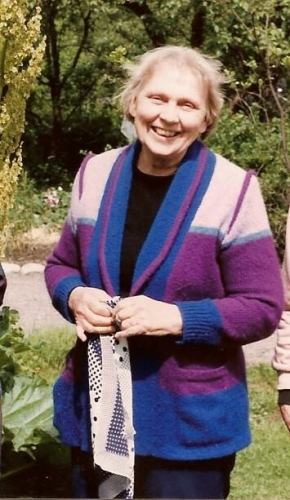 Even past the time when Grandma would produce an endless stream of food for visiting family, the family centered their talks and conversations around her chair.  When Grandma passed last week she, of course, didn’t want a fuss made over her. No funeral, no service, no memorial… but she was our family’s center and so a few of us naughty grandchildren planned a little something anyway.

We filled a kitchen with people. 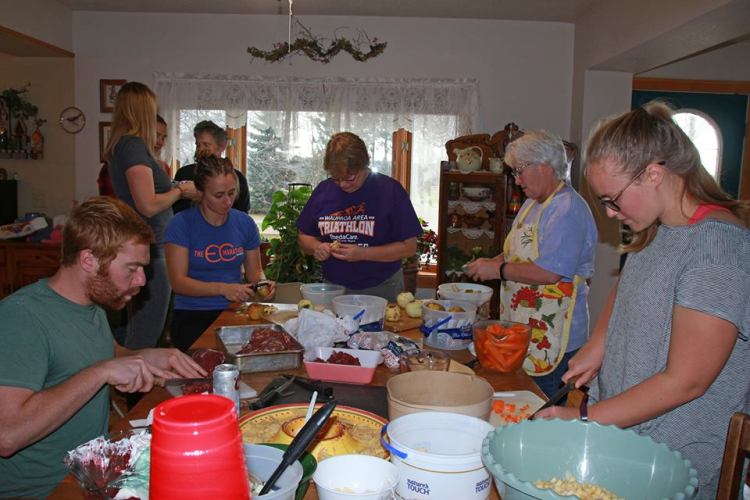 We put knives in the hands of those who were capable of cutting and we put babies in the laps of great-uncles. 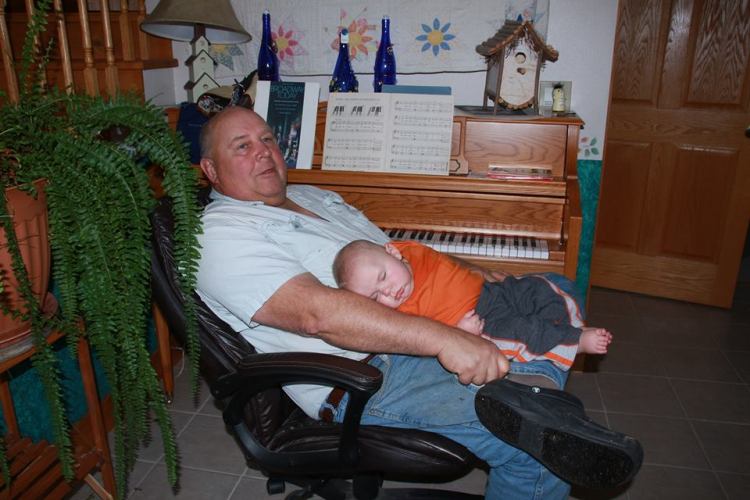 Some of us started stirring up dough and rolling out pie crusts, while hunters came and went and told stories. 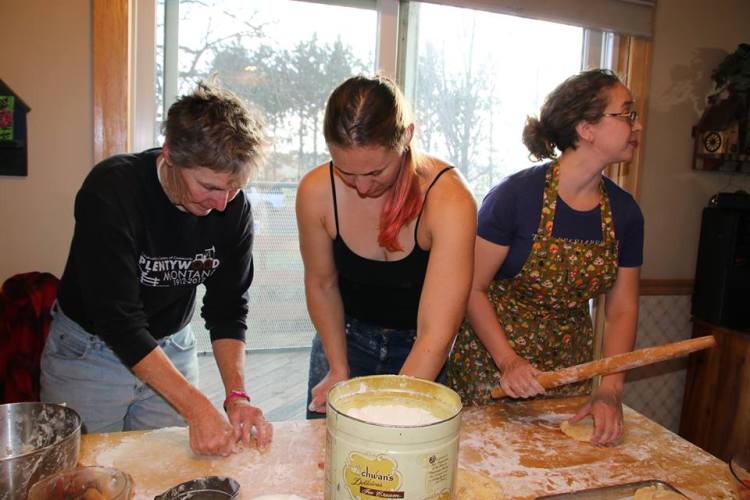 I have wondered in the last week how our family will do with it’s sunny center gone, but I watched as we talked and laughed, 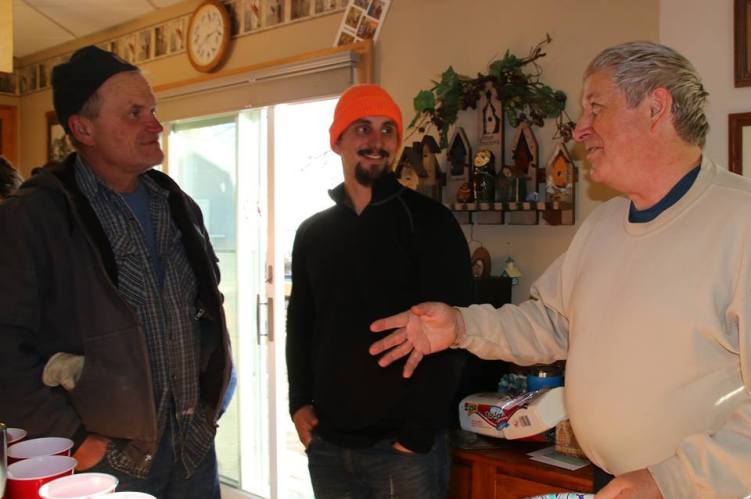 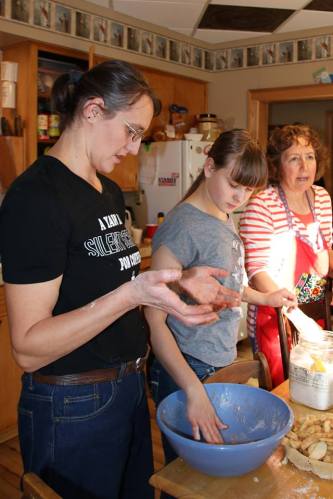 waved sticky, floury, messy hands about and demanded help from hunters who thought they were just passing through. 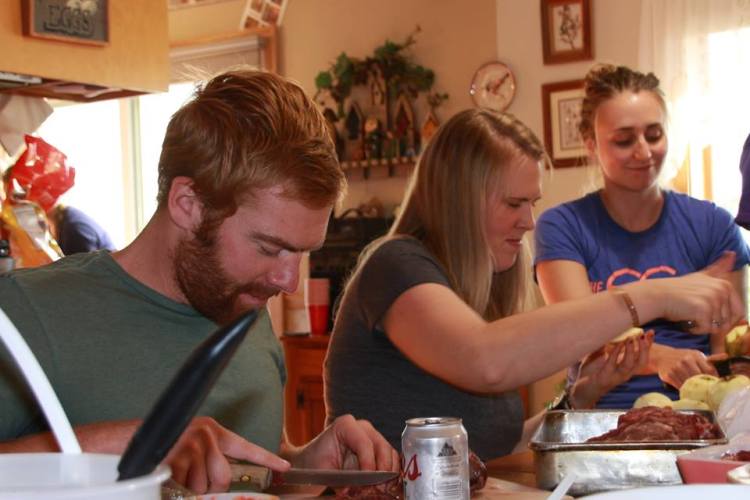 As the family worked together making a foolish amount of pasties and apple pies, I watched us all swirling around one another. And then, as we sent the food off to feed to hungry hunters and more home with families to be eaten later, I had hope that even with the center of our universe gone, she taught us well enough that we will still spin through life together. 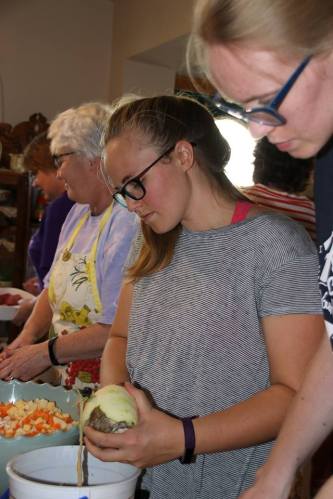 Grandma would still probably scold us for making a fuss about her but, I think, if she had been there in that hot kitchen with all her family working together, she would have had a smile on her face while she did it. 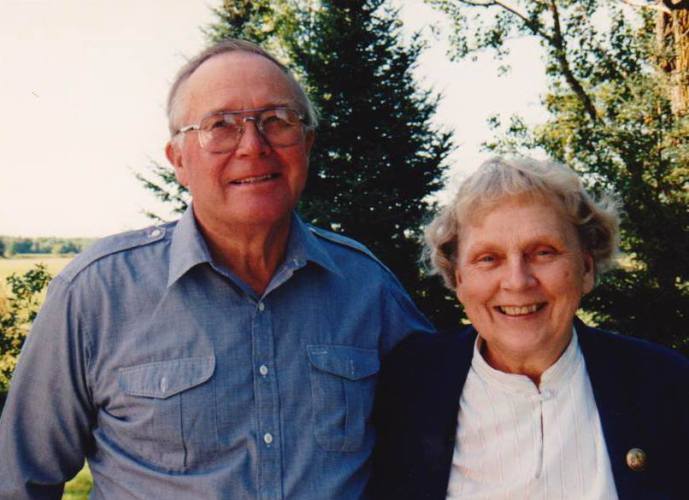 All photo credit belongs to my Aunt Helen.

18 comments on “Our Sunny Center”