Once Upon A Time…

A little girl brought to her mother a special stone from a far away land. The sweet child earnestly explained that the special stone was, in fact, a wishing stone and that they must both rub the stone and make a wish.

And so they did.

The bright and cheerful little girl wished with all her heart to become a fairy-princess-mermaid while her fair and tired mother wanted nothing more than an afternoon nap.  Sadly the world was a harsh place. The little girl had been born to common parents and even after her wish seemed to be entirely devoid of wings or tail. Her mother had dinner to make, laundry to fold and a lawn to mow, it seemed that neither of their wishes would come true. Undaunted they resolved to be hopeful.

There is always tomorrow and one never knows what tomorrow will bring.

Then, one fine day, a messenger came to the house with a mysterious looking brown box. They examined the box thoroughly but could find no markings that showed where it had come from. Mystified the pair opened the box and found a note within. 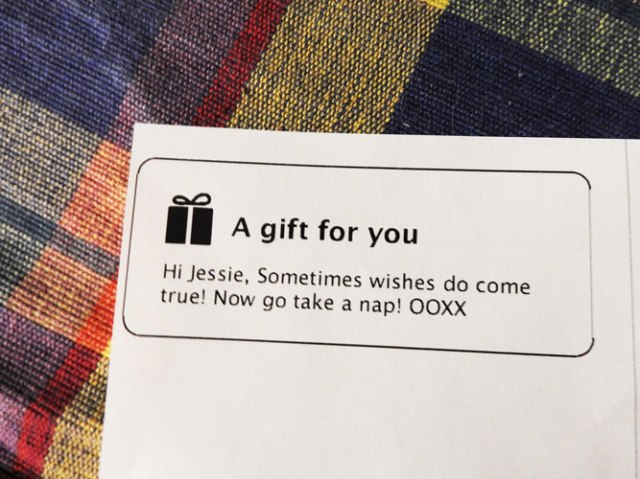 Under the message was a magical outfit that turned the happy little girl into the mermaid she had so fervently wished to become. 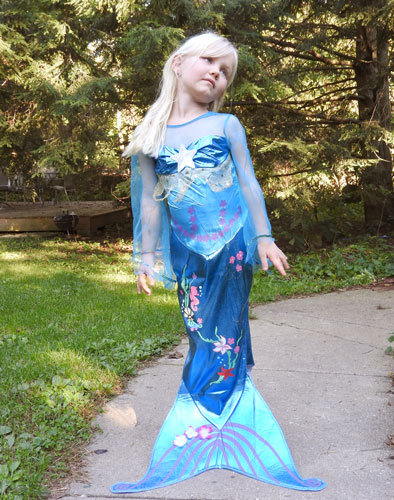 Mother and daughter were incredibly grateful to whomever sent the mysterious box and overjoyed to find that their wishes had indeed come true!

And they all lived happily ever after.

We really don’t know who sent it and Jane about fell over with excitement as she thanked me over and over and over again for the gift while I kept repeating that it wasn’t from me. She slept with it under her pillow that first night to keep it safe!