We reached a major milestone in our family today.

It wasn’t one of those big ones they tell you about in baby books, nothing involving potty training or lost teeth. It wasn’t even one of those that parents dream of together while talking at the edges of playgrounds.  Nothing like being able to buckle their own car seats and pour themselves cereal on a Saturday morning.

No, today, officially, all of our children can cut up their own pork chop.

Pork chop cutting is nothing like pancake cubing, or carrot slicing or even chicken chunking. No, pork chop cutting is hard. It requires a sharp knife and use of a fork at the same time, combine that with a meat that isn’t known as the most tender of dishes, and inevitably they make the terrible silverware on a plate screech. 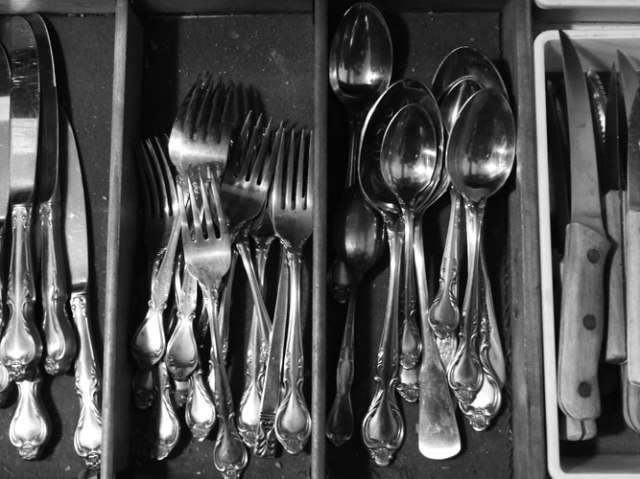 Pork chop cutting is, in the words of my nephew, the worstest.

I loath pork chop cutting so much that I stopped buying, making and cooking pork chops. When John insisted I was being ridiculous, I said that was fine, if he made them he could also cut them. ALL of them. Because, there was a time in the house that if you were going to make pork chops you would have to cut up three other peoples’ pork chops in addition to your own. And you can’t just cut them into man sized hunks but r

In addition, anyone with kids who isn’t some sort of super mom (the variety who gets all the required food, accouterments and drinks to the table before they sit down) knows that a mom doesn’t simply sit at the table, cut up pork chops and eat.

There are water spills to manage, bbq sauce to retrieve, the last pot of beans that you forgot to get, a cat to lock up, a dog to let out to pee, a kid to send to the bathroom and – oh look. You’ve only cut up one and half pork chops and the other cat is busy dragging yours out the door because you weren’t looking. But it’s fine because it’s cold and hard now and you can’t actually imagine risking more of that screeching noise to cut up another one anyway

And that is why I banned pork chops.

Tonight John made pork loin, which I am well aware is just a sneaky way of getting around the no pork chop rule. But tonight all the girls cut up their pork by themselves. They didn’t even ask for anything more than to pass the knife.

Pork chops are back on the menu!

I’ve heard it said that you have to try something at least ten times before you can truly decide if you like it. Therefore, as parents, we should just continue to offer new foods to our kids and eventually, after trying it enough, they may like it.

I’m not buying it.

In my experience, kids predetermine if they like things based on color, texture, smell and what their siblings say. It doesn’t matter how many times they try it, if it’s green, or slimy or the older sister says it’s gross, nobody likes it.  Case in point, asparagus.

John is a huge asparagus fan. So much so that when road construction started on his asparagus guy’s road, making it inconvenient to drive by and see if he had any available, John stopped in and got his phone number. Now we can call ahead for all our asparagus needs.

John also is the kind of person who will buy much more of something than he was planning on because it’s such a good deal. Marketers must love him. So I was shocked but not surprised when he called me in great excitement to tell me he bought twenty pounds of asparagus.

It was a good deal.

I had been out of town for the weekend and was happy to see that by the time I returned home we were merely left with about ten pounds. That giant bag only took up one shelf of the spare fridge. 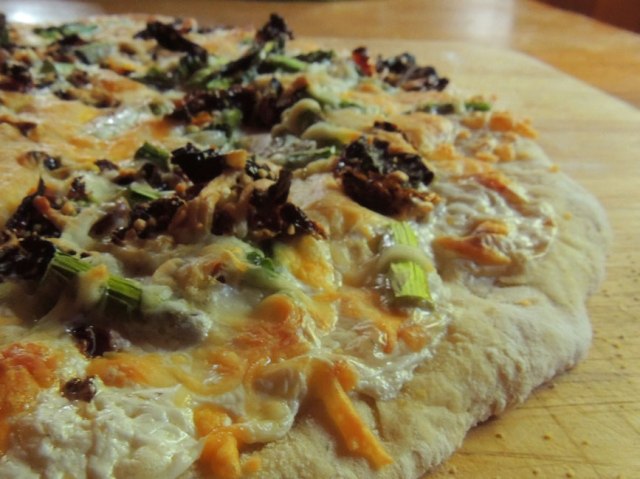 Now, when it comes to the kid eating it, even my pathetic math can figure that with twenty pounds of asparagus, the kids would have to try a bit once every two pounds that crossed the table to make it to the mythical “ten tries”. And that’s assuming that they had never tried it before, which of course they have because John has the asparagus guy’s name and number taped to the fridge. Every meal the kids would dutifully try it, reject it, and painstakingly pick it out of the rest of their food. Every day I found myself feeding piles of asparagus shinnbles to my chickens. 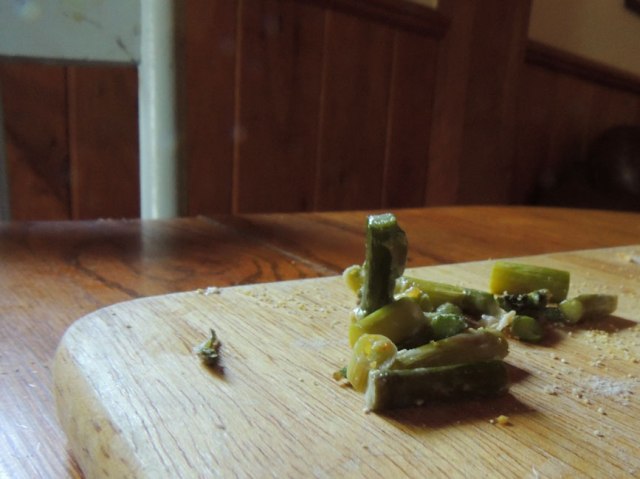 My chickens should work on upping egg production this week. After all John could use a little thank you for the five pounds of nice fresh asparagus he bought them!

Do you know how the shape of spoons relates to political history?

!
Have you heard the theory of knife use and how it relates to overbites?!
Did you know that there were 692 patents granted for egg beaters in a 64 year span?!
Have you heard all the different ways people came up with to turn spits?!

I would be happy to tell you because I found it all completely fascinating.

You don’t even have to ask.

Just invite me into your kitchen and soon you’ll have me jumping up and down in front of you as I spout off with nerdy factoids that I remember the gist of but not enough of the details so that you will think it’s interesting as well.

It will be like the kitchen nerds version of forgetting the punch line of the joke.

Come to think of it perhaps that’s why I don’t tell jokes.

Perhaps it would be best just to read the book yourself…

Would I recommend it? Clearly!

The author does a fantastic job of relating ancient (and not so ancient) kitchen woe’s to current day practice.  I loved it in a way that had me running off to bed to see what happened next, which is impressive in a book about the “History of How We Cook and Eat!”

There was an error retrieving images from Instagram. An attempt will be remade in a few minutes.