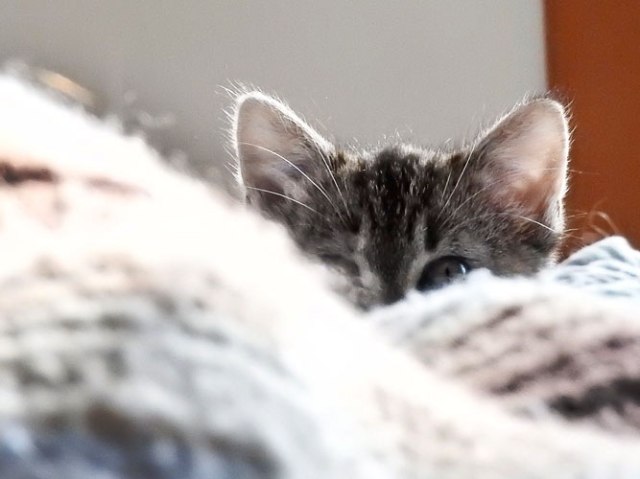 Please excuse me, my  life has been taken over by a kitten and resistance is futile!

Never have a conversation about how you aren’t going to go looking for a kitten but if a kitten showed up in need of a home, it would be a good time to add a cat to the family… unless you really mean it.

Meet our new kitten, and Jane’s early birthday present, whose name has ranged from a very confusing “Sarah” to an equally confusing “Baroness Sarah McCutiePie Von Stuffington of Sunshine Manor”. 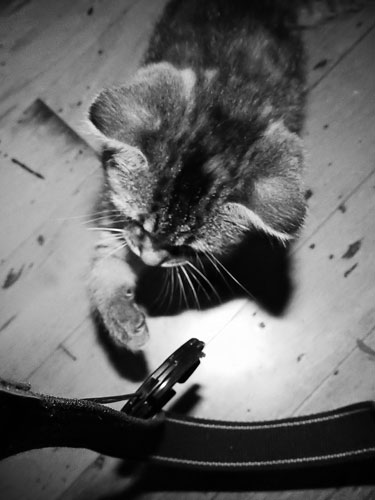 Be careful what you say, the universe responds to kitten requests in a very timely fashion.

…when nobody dares wake you from your nap. 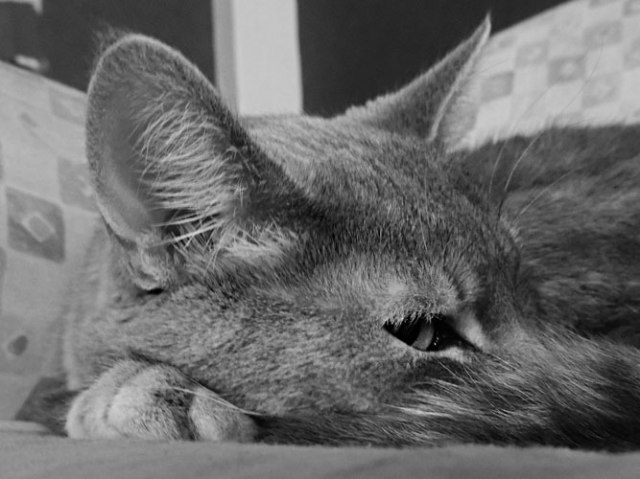 Furthermore, I am quite certain that they are close enough relatives that neither should be left out of your calculations if you happen to live near one.

I have always struggled with remembering when it is you are supposed to get a new toothbrush. I’m sure there is a rule of thumb, I’m just unclear what it is.

When the bristles squish out?

I’m sure there are “rules” about this, but my squeamishness of all things tooth related makes me unwilling to google it. (Sort of like how someone with arachnophobia would be unwilling to google “Black Widow” no matter how much they love their Marvel universe). I suspect it doesn’t matter.  In our house a toothbrush would never make it that long anyway.

Because a new toothbrush is probably warranted when they fall in the garbage.

Or when you lose it.

Or when you forget to pack one on vacation.

Or when a dog chews on it.

Or when the kids use it to scrub the sink and mirrors.

But one thing I know for certain.

When Jane explains to me that she had to use her toothbrush to push the used toilet paper off the seat into the toilet because otherwise her hand would get dirty. Then it is, for sure, time for a new toothbrush.

This has nothing to do with toothbrushes of any age. Cassie is just cuter than any toothbrush I’ve encountered.

Afterwards, when the horror had left my face, and I was done explaining why that was a bad idea as well as why she no longer had a toothbrush.  I thought about the matter of fact way she used her toothbrush to do her dirty work while I was watching and wondered what else I hadn’t seen…

New toothbrushes – all around!

In her 13 years with us, Fiona spent most of it exercising the art of camouflage.

A tortoiseshell colored cat, she was able to blend into the background, the shadows, and even the blankets with remarkable ease. Shy of new people, visitors often didn’t realize we had a cat. But every night she’d come out to perch (yes, I said perch) on the highest point of John or me in bed. There she would lie, completely unfazed by any amount of wiggling, re-positioning or outright cat eviction. If anything moved her out of her spot she’d just regally reclaim her high point, never deigning to acknowledge us commoners below her.

Here is a prime example of Fiona perching – on Piper the Great Dane. This was not a one time occurrence.

She stole food off the table, never caught a mouse and put up with a modest amount of harassment from the kids but was generally outperformed by our old Great Dane in almost all cat duties. Except when it came to harassing dogs. 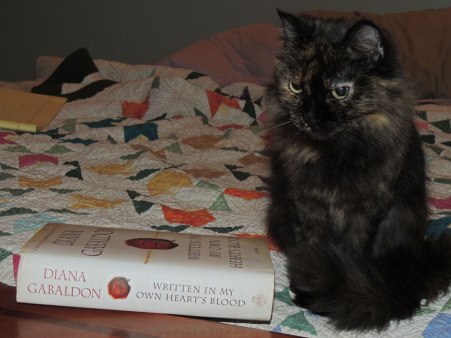 Fiona had perfected the “I’m the queen and you are going to get it if you chase me” saunter. When ever a dog would come to visit our normally shy cat would appear right in the midst of the action, pointedly ignoring everyone- to taunt the dog.  She occasionally got chased, never got hurt and twitched her tail in an extra smug fashion every time a dog got yelled at.

Her dog harassment hit it’s high point just a few months ago when Digby was visiting.

Digby being a Great Dane, Saint Bernard, Doberman mix, is rather – large, but he had been cowed by our little seven pound cat since he was a puppy. Digby was no longer fun to taunt and so Fiona was ignoring him, off doing her camo thing in another room as I walked across the living room.

Gyspy, the cat, was not.

I accidentally stepped on Gypsy’s tail and Gypsy let out a giant cat scream which had us both hitting the ceiling. Digby leapt off the couch, like only a giant gangely dog can leap, to see what sort of excitement was going on. By the time he crossed the ten feet to meet us, Gypsy was long gone and Fiona had appeared in her place. Fiona, who had come flying in from another room, assessed the situation and decided that the dog was to blame. She attacked him with her de-clawed front paws as Digby cowered in terror. I, helpfully, dissolved into laughter as I tried to “save” Digby and send him outside for his own protection. He willingly ran through the door as Fiona gave parting swats to his butt. Trip, not wanting to be left out sprang into the fun and got a nose full of swatting before I “saved” him as well. Dogs taken care of, Fiona ignored my laughter and stalked back off toward her sleeping spot. 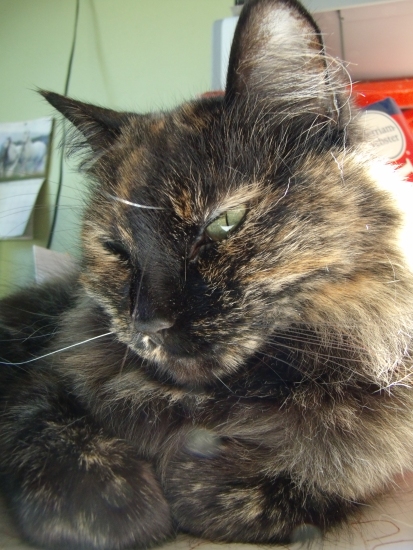 Now that she’s gone the dogs may not miss her but the nights sure do feel a little colder without my old kitty perched atop me every night.

It’s not very often that the sight of a three year old vigorously shaking an old yogurt container in the front seat of the truck makes me panic.

But sometimes it does.

And sometimes that panic is accompanied with a frantic scream of:

Because, when getting ready to transport a urine sample for one of the cats, that’s exactly what I say.

Thank you for joining me in the latest edition of “Did I Just Say What I Thought I Said?” in which I share things that I never would have guessed,

A) needed to be said in the first place,

C) that I wouldn’t just be saying them, I’d be yelling them.

I’m thinking of adding a new feature, arguments I never thought I’d be on the losing side of.

First up, why when the goal is to see the pee it doesn’t help to shake the container of urine.  While I was assured that “next time” she won’t shake it. It’s true, shake a container of cat pee hard enough and you will get to see it.

Not this kitten on the keys…

… but rather this kitten…

…on my laptop keys.

Fiona, amazing cat that she is, can turn off the keyboard just by sitting on it.

Unfortunately, mere mortal human that I am, the same technique did not work for me to turn it back on.

It took many more tries, using fancy things like fingers – applied with a minor knowledge of computers, mixed with creative mouse work and finally the keyboard works again!

And so, sadly, after all that, Easter egg hunting photos will have to wait for another day.